The Africa-China Reporting Project, in partnership with the Institute for Global Dialogue (IGD) and the Friedrich Ebert Stiftung hosted a Symposium at Wits University’s Senate Room on July 20 under the theme High time for a common integrated African policy on China.

China’s first policy towards Africa was released in 2006 and a second version was released in 2015, yet Africa remains without a common policy towards China. As the current co-chair of the Forum on China-Africa Cooperation (FOCAC), South Africa is uniquely positioned to guide the consolidation of the African agenda and framework in Africa-China engagements, including the realisation of greater collaboration with the outcomes of the African Union’s Agenda 2063.

The Symposium’s first panel, Towards a common African policy on China: Prospects, politics and challenges, consisted of Dr Paul Tembe from the Thabo Mbeki Leadership Institute (TMALI), Dr Bob Wekesa from the Africa-China Reporting Project, Wu Yu-Shan, Senior Researcher in foreign policy at the South African Institute of International Affairs (SAIIA), and was chaired by Dr Philani Mthembu from IGD.

In his presentation (click to view), Dr Wekesa analysed the key themes underpinning FOCAC and its suitability as a channel for African agency. Dr Wekesa further explored the importance of an African policy towards China and how it should take cognizance of Africans’ perceptions about FOCAC; he further outlined the pathways available for Africa in charting an African China policy. Dr Paul Tembe in his presentation was of the view that Africa needed to look beyond FOCAC to find better channels for its own agency. He emphasised the importance of understanding China through Chinese culture and customs, and also assessed whether Africa needs a collective China strategy or whether individual African states should draw their own China policy based on their own priorities.

Following the first panel the Symposium assembled breakout sessions consisting of ‘policy framing’ groups that would report back to the large assembly.

The first group discussed the key pillars of cooperation including industrialisation, trade and investment, green development, infrastructure, poverty reduction and security cooperation, and whether they aligned with Africa’s needs; the second group discussed soft power, cultural exchanges, people-to-people engagements, public diplomacy, the role of media and how it has influenced perceptions of China in Africa; and the third group discussed African agency and how to maximise Africa’s comparative advantages, notably South Africa’s role as co-chair of FOCAC.

The second panel, Taking stock of implementation of Johannesburg Action Plan 2016 – 2018: Key milestones and the way forward, consisted of Mr Mahdi Basadien, Director: China at the Department of International Relations and Cooperation (DIRCO); Mr Xiao Yewen, Counsellor at the Embassy of China in South Africa; and was chaired by Meryl Burgess from the Centre of Chinese Studies.

Concluding remarks were presented by Barry van Wyk, Project Coordinator of the Africa-China Reporting Project, and by Dr Philani Mthembu of IGD. Mr Van Wyk stated that what might emerge from this Symposium is not necessarily a common African policy but a common African framework that utilises a multi-pronged approach.  He added that in order to do this various African networks like the one gathered for this Symposium can be integrated and leveraged to feed into this common African framework. Dr Mthembu underlined the importance of such forums and engagements as they pave the way towards crucial dialogue and development of foreign policy frameworks.

It was agreed at the conclusion of the Symposium that delegates will continue working together to develop a document over the coming months that will incorporate a common African framework towards China. This document will be critically interrogated and expanded and used to integrate more stakeholders from government, research and other sectors, and be finalised by the time of the next FOCAC meeting in 2018. Outcomes and reports from these discussions will be tabled in a formal policy brief which will be shared on the website of the Africa-China Reporting Project, Africachinareporting.co.za.

The Africa-China Reporting Project would like to thank the partners, collaborators, speakers and attendees for contributing to the success of this Symposium.  As this is an ongoing discussion towards the final African policy framework document on China, we will continue to proactively publish all developments and updates. 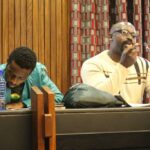 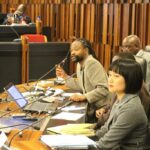 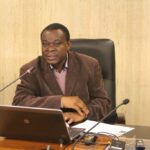 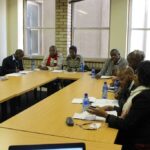 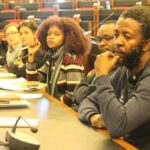 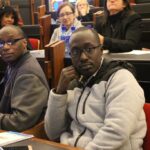 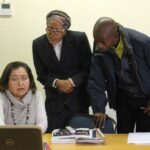 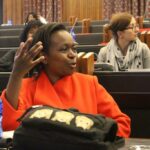 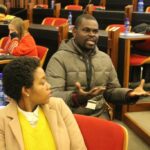